Tell Us Your Story

We’re looking for more success stories to share. If you know how your school district has done more with less, tell us your story. We might even feature it here.

Friendswood Independent School District achieved the top five-star rating in the 2011 Financial Allocation Study of Texas compiled by the Comptroller of Public Accounts (www.fastexas.org). Superintendent Trish Hanks describes how sharing facilities has helped the school district save on construction and infrastructure costs and expanded recreation facilities for Friendswood residents. 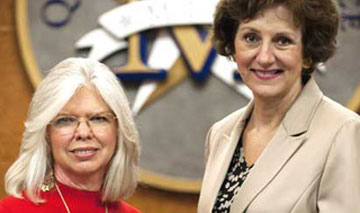 Associate Superintendent Pam Wells explains how the fast-growing Cypress-Fairbanks ISD in Houston has saved money building 33 new campuses in a decade by reusing designs that work. Cy-Fair achieved the top five-star rating in the 2011 Financial Allocation Study of Texas compiled by the Comptroller of Public Accounts.

The Cedar Hill Independent School District developed an innovative plan to save construction and operational costs. This video shows how district and city officials found common ground to build on — quite literally.

The Northside Independent School District made a commitment to integrate energy savings in a way that serves its students and budget. See how a long-term plan to save energy also results in dollars and sense.

The Conroe Independent School District faced a tough challenge in correcting an alarmingly high dropout rate. But a new approach gives teachers and administrators an opportunity to identify and retain at-risk students.