All of this is paid for, ultimately, by taxpayers. A system of such scale and with such a varied set of responsibilities requires considerable resources — $62 billion in 2012-13, according to the most recent data available.

Additionally, these funds are then distributed through a numerous and complicated array of formulas, grants, allotments and programs. Campuses and districts are then held responsible for how they spend this money through another layer of reporting and accountability systems at the local, state and federal level.

This report provides a simple overview of public education finance in Texas — where schools get their money, what they spend it on and what is driving costs.

From federal funds to local property taxes, there are few public resources in Texas that are not heavily invested in the state’s public education system.

Texas public schools rely on all of these funding sources to cover the costs of educating their more than 5 million students. During the 2012-13 school year, school districts brought in $62 billion in total receipts. 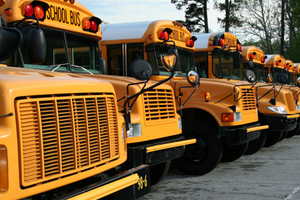 Texas funds public education with a combination of local, state and federal revenue. 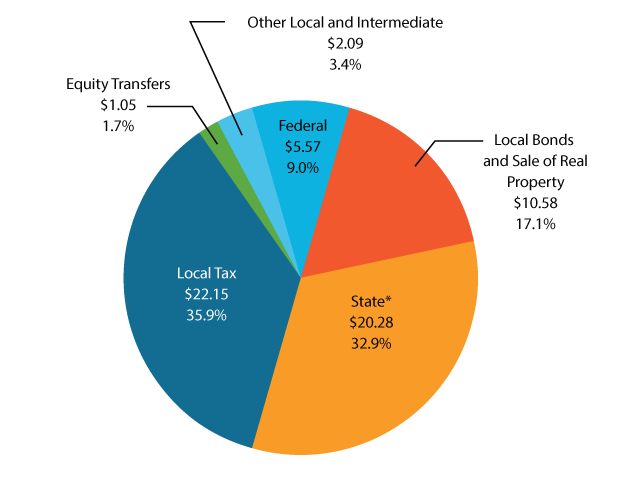 In fiscal 2013, Texas appropriated $19.7 billion of state funds for public education, almost all of which was sent to the Texas Education Agency (TEA) and then distributed to local school districts. This was financed through several funds, including the following:

The state also appropriated $1.6 billion to the Teacher Retirement System in fiscal 2013 for teacher pension payments and retiree health benefits. Nearly all of this was paid out of General Revenue.

The state also appropriated $1.6 billion to the Teacher Retirement System. 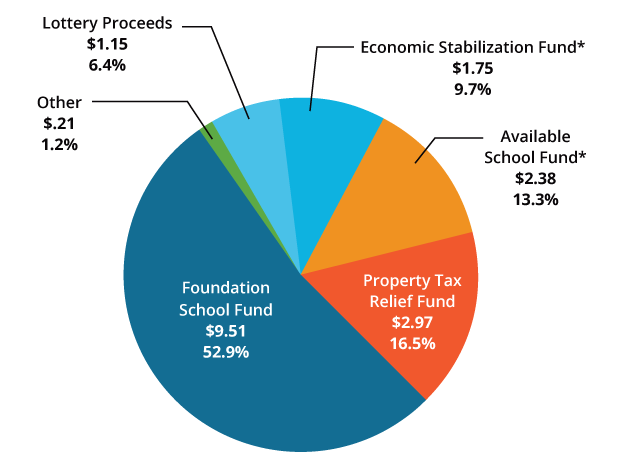 In 2013, out of the $45.3 billion in property taxes levied by local governments, school districts levied $24.9 billion.

In fiscal 2013, the Texas Education Agency received $5.0 billion in federal aid through various grants and formulas, including the following:

Federal Funds Received by TEA by Method of Finance, Fiscal Year 2013 (in Billions) 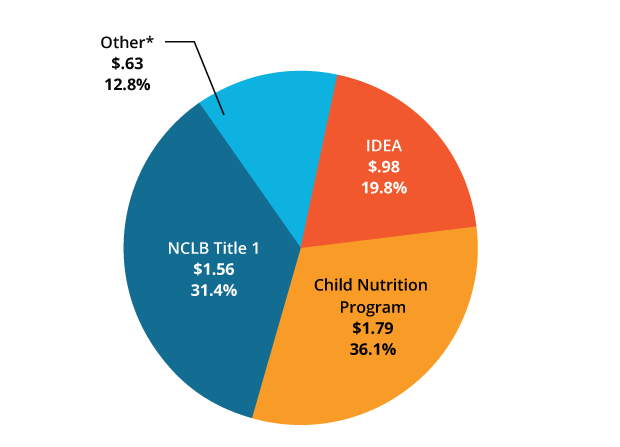 Note: Other includes other formula grants, as well as the American Recovery and Reinvestment Fund and Education Jobs Fund.